“Luthier and player, with sublime beauty and taste…Ciluzzi and his guitar sound like one” – Minor 7th

“A virtuosic guitarist without the pretentiousness, Ciluzzi’s music is filled with curiosity and soul” – The Evening Muse

Guitarist Peter Ciluzzi transports listeners on a journey through virtuosic, evocative compositions that tell a story without words. With a distinctive, timeless sound that is both familiar and unexpected, his music defies easy categorization and reflects a wide range of influences including jazz, rock, classical, and world music. He has been featured in Acoustic Guitar Magazine, and his acclaimed solo instrumental work has accumulated millions of views on YouTube and more than 10 million plays on Spotify.

Peter Ciluzzi’s music reflects his comprehensive approach to the guitar and his lifelong study of all things musical. An enthusiast and student of many styles of music, his output often defies easy categorization and reflects a diverse range of influences including jazz, bluegrass, and flamenco guitar as well as contemporary fingerstyle guitar; classical & electronic music and the study of orchestral composition; and traditional music from other parts of the world such as Brazil, India, and west Africa. In his own music Peter seeks to express the influence of these styles in a way that conveys his own compositional voice.

Primarily a self-taught musician, Peter started making music when he was a child. Inspired by the many musicians and performers that filled the streets of the Cape Cod town where he grew up, he began playing guitar at age 12. In his early teens he was drawn towards classical guitar and instrumental music and discovered the solo guitar work of Michael Hedges, Leo Kottke, and Pierre Bensusan; the manouche and flamenco guitar of Django Reinhardt and Paco De Lucia; the bluegrass fusion of David Grisman and Bela Fleck; and the genre-blurring jazz of guitarists like Egberto Gismonti and Ralph Towner. He studied the music of these and other visionaries, including the guitar works of Albeniz, Granados, and Villa-Lobos and the expansive orchestral sounds of composers such as Mahler, Delius, and Glazunov.

In the years that followed he explored other instruments including mandolin, piano and cello. Increasingly attracted to the improvisational approaches of great jazz musicians like Keith Jarrett and Pat Metheny, he studied jazz guitar and improvisation. Drawn also to the sparse electronic sounds of IDM and Glitch musicians, he has produced a number of electronic works.

Peter continued to compose and develop his guitar technique and entered a number of composition and guitar competitions. In 2007 he was a finalist at the Canadian Guitar Competition, and following that appearance he was offered a recording contract with Candyrat Records, an independent label that publishes guitar-based music from around the world. In 2008 Peter released “Music Without Words,” his first album of original solo guitar music; and in the years since, he has toured throughout the US and shared the stage with musicians such as Ewan Dobson, Pino Forastiere, Antoine Dufour, and Gareth Pearson. In addition to a number of new works in progress, Peter released his second solo guitar album “Still Without Words” in spring 2016 and is currently performing and touring around the US. 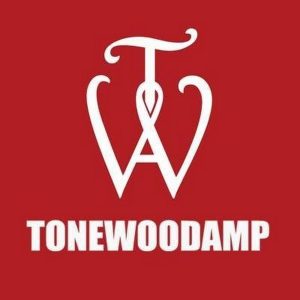 The ToneWoodAmp attaches to the back of an acoustic guitar and turns the body of the guitar into a speaker, creating reverb, tremolo, delay and other effects that radiate acoustically from inside the guitar. Learn more at www.tonewoodamp.com/artists/peter-ciluzzi/